The Annual Council Meeting of the Boy Scouts of the Philippines (BSP) held on 19th to 21st May 2009 in Zamboanga city, in the southern part of the country, ended with two historical resolutions.

Your Planet Needs You! Unite to Combat Climate Change on World Environment Day

On the 5th of June Scouts will join in the annual celebrations of World Environment Day, participating in environmental education activities, tree planting projects and community celebrations throughout the world. Scouts are an official partner with the United Nations Environment Programme to celebrate this day, with Luc Panissod, Secretary General of the World Organization of the Scout Movement, calling on our members to share their activities with the UNEP World Environment Day website. "World Scouting calls all young people, Scouts and non-Scouts, to engage with UNEP on the occasion of World Environment Day. Raising awareness on climate change and working towards achieving better living conditions has increased Scouting's commitment to addressing environmental issues. Youth empowerment is an integral part of World Scouting policy to invite young people to become agents of change"

Geneva, 18 May 2009
The World Organization of the Scout Movement (WOSM) has found a new home on YouTube. “WorldScouting” is the newly created channel which will be used to host many of WOSM's official videos.

World Scouting is pleased to announce the launch of new SCENES Guidelines for Scout Centres of Excellence for Nature and Environment as part of the World Scout Environment Programme.

"Scout Centres of Excellence for Nature and the Environment are outstanding examples of Scouting's ongoing commitment to the environment, through protecting natural areas, engaging Scouts through fun and interesting environmental education programmes and demonstrating continuous improvements in environmental management practices. I commend these Scout Centres for their example to Scouting and the wider community of how Scouts can make a positive contribution to the environment.

The Scout Association of Macau (SAM), with the support of Asia-Pacific Region, organized the National Strategic Planning Review Workshop from 8th to 12th April 2009.

As the members of the Regional Scout Committee continue its “Committee NSO Visit” ensuring that high quality Scouting is implemented in National Scout Organizations in the Asia-Pacific Region, Papua New Guinea became their first stop in the South Pacific from 27th to 29th March 2009. 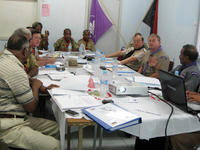 Just a few hours after the Situ Gintung dam in Indonesia burst early morning of 27th March 2009, Scouts from the south Jakarta rushed to the scene and responded to their immediate needs.

The Republic of Geneva welcomed the World Scout Committee

On Friday, 20 March, Mr Laurent Moutinot, a Councillor of State of the Republic and Canton of Geneva, hosted a reception for the World Scout Committee in the prestigious Alabama Room at the Hôtel de Ville (Geneva’s City Hall). It was here that the Red Cross was born.

The World Organization of the World Scout Movement has been based in Geneva for 40 years. In 1969, this was a significant move. Mr Luc Panissod, the newly appointed Secretary General, highlighted the points that unite Geneva and Scouting.

On learning of his appointment, Luc Panissod stated: “I am very honoured by the trust that the World Committee has shown towards me and I am perfectly aware of the responsibilities entrusted to me. In order to carry out my mandate, I count on the support of the Committee as well as that of all volunteers and professionals at all levels of our Organization. My commitment is guided by Scouting’s values. My work will aim to bring about the changes needed for our Movement to be able to respond to the needs of young people and to face the challenges of the future.”

13th March is a day that was set aside by the Council of Ministers of the Organization of African Unity, OAU – a predecessor of the African Union (AU) – during its 62nd Ordinary Session in Addis Ababa in Ethiopia on 21st – 23rd June 1995. This was in recognition of the role of Scouting in educating Africa's youth.

The Jamboree Organizing Committee of the 26th APR Scout Jamboree met for the third time on 10th February 2009 at the national office of the Boy Scouts of the Philippines (BSP). 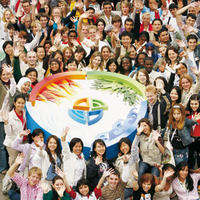 Would you like to join with other young people from around the world in Korea for the United Nations Environment Programme (UNEP) International Youth Conference on the Environment?

You could share your Scouting and environment stories with other young people through UNEP's Tunza Magazine for youth.

At 8:30pm on 28 March 2009, towns and cities across the world will turn off their lights for one hour sending a powerful global message that it’s possible to take action on global warming.
There are many ways that the Scouts can support Earth Hour in 2009, from turning out the lights in buildings on the night through to spreading Earth Hour messaging and emissions targets to everyone in the community.

December 25 - Every year the Incas Scout Group from Cochabamba, Bolivia celebrate Christmas in a very special way: they serve breakfast and give toys to the children in the marginal zones of the community and organise Scout games for them to play. This year, more than 700 children from the community of Bello Horizonte were able to enjoy these special gifts! 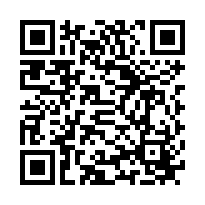