Geneva, 18 May 2009
The World Organization of the Scout Movement (WOSM) has found a new home on YouTube. “WorldScouting” is the newly created channel which will be used to host many of WOSM's official videos.

YouTube has become an additional communication channel for many NGOs and International Organisations, due to its popularity on the Internet and its capacity of reaching a wide and international audience with little or no cost.

Videos produced by WOSM have already been uploaded on YouTube by many enthusiastic Scouts. Some of these have been viewed over 100'000 times! However, we have noticed that these videos are not always in the best possible quality. Therefore WOSM has decided to offer High Quality (HQ) footage on its Channel and in multiple languages.

By creating an official channel on YouTube, the World Organization of the Scout Movement hopes to reach more young people and promote the cause of Scouting to Scouts and non-Scouts alike. Suscribe to WorldScouting today and get notified when new videos are uploaded! 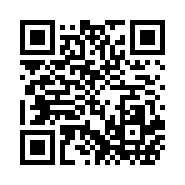