The Annual Council Meeting of the Boy Scouts of the Philippines (BSP) held on 19th to 21st May 2009 in Zamboanga city, in the southern part of the country, ended with two historical resolutions.

The annual meeting, attended by over 400 Scout Leaders and officials from BSP councils all over the country, unanimously resolved to start working seriously on community-based Scouting and to establish at least one Scout troop in each of 111 Scout councils before the year ends. These two decisions were made after a strong recommendation by the National Executive Board. One primary reason for pushing the community-based Scouting, apart from the present school-based system, is to use the opportunity to expand Scouting in other untouched places and to increase its BSP membership which currently stands at 1.6 million.

A special commissioner from the national headquarters was created and entrusted to support this activity by monitoring and coordinating the exercises to all Scout councils.

This resolution is fully aligned with the recommendations and conclusions made at the Asia-Pacific Regional Summit held in Nepal and the decision of the Regional Scout Committee to include this area as a priority in the next three years from 2009-2012. Other conclusion made was to declare BSP at the end of this year a completely drug-free organization.

This was the 53rd annual national council meeting of the BSP which highlights the Court of Honour to recognize the services of outstanding Scoutmasters and a large number of volunteers received national awards. 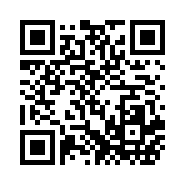