Using seed capital from the funds of the association, the Scout Association of Mongolia (SAM) has built a Scout community centre in Bayangol within the capital city of Ulaanbaatar, to bring Scouting closer to the community.

The Foundation will support the Scout centre during its initial stages with provision of basic training equipment and books for children.

Scouting in Mongolia is still largely school-based and it has been difficult for SAM to introduce Scouting in the community due to lack of space, with the construction of the Scout centre that has a sufficient open space at the heart of the capital, SAM has now the opportunity to reach out to communities.

Also in this visit, the regional team inspected the proposed site for the construction of another Scout centre in Bayanzukh locality, also in Ulaanbaatar, with funding from Boy Scouts of America through United States Fund for International Scouting (USFIS). 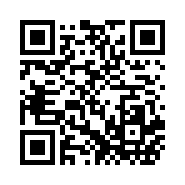