Six months after joining the Ticket to Life project, the Scout Association of Mongolia (SAM) is now forming its second Scout Troop to engage more and more children into Scouting.

The second troop has 26 children who are now trained in various Scouting activities. They are based in Bayanzurkh District at the capital, Ulaanbaatar.

On 16 June 2009, a team from the Asia-Pacific Region led by Regional Scout Committee member John Ravenhall, Regional Director Abdullah Rasheed and Director Syd Castillo, joined SAM key leaders headed by Chief Commissioner Erdenebileg Erdenejamiyan, in visiting the troop. Scouts were having their summer camp at the Kharaatsai Youth Centre, around 28 kilometers northeast from Ulaanbaatar. There, they enjoyed wide games with their Scout Leader, Baysaagalan Bold. After the game, the team treated the Scouts with candies and chocolates.

SAM is one of the eight national Scout organizations in the Asia-Pacific Region running the TTL project helping children in difficult situations to learn life skills through Scouting. 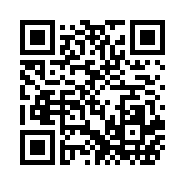