A Scout stands by the Toodyay flag.

Toodyay is a tiny town – 4000 people, three pubs and a handful of community organisations, including a Scout Group. It』s a quiet little town, but it』s a town where the community spirit is unfailingly strong.

In December 2009, our Scouts were preparing for Jamboree when a bushfire swept through our town. As well as being a Scout Leader, I』m also the editor of our community newspaper, and as I sat at my desk the fire alerts came in by email and fax.

Rover Scouts came to the rescue and arrived at the office, posting the alerts on facebook on a group called 『Toodyay December Bushfire』. One lady said that she found out her house was on fire when she read it on facebook!

People fled their homes and it was a miracle that no lives were lost. One of our Scout Leaders, Rob, stayed to fight the fire and saved the two homes adjoining his property.

Above, Scouts are growing seeds to revegetate fire devastated areas.

Over five hundred people were evacuated from the area and remained in limbo, not knowing whether they had a home to return to – the Scouts arranged emergency accommodation with mattresses, swags and sleeping bags and put people in touch with each other. Eventually, three days later, people were allowed home to see what was left – there were forty homes lost and over 3000 hectares, including properties, livestock and sheds.

Four days after the fire, we had to make a decision whether to go to Jamboree. Two of our Scouts had been affected by fire and one was travelling to Jamboree. We discussed it with the parents and decided to go – Gabby』s glad she went, She had the best time at AJ2010!

Over the next four weeks, the Rovers manned the facebook page and coordinated information and offers of assistance. One recorded the public meetings and podcast them to the site, another uploaded the offers of accommodation and took them to the social workers who were coordinating people』s recovery. A nearby Crew arranged for collections and donations of food and clothing and transport to bring them to Toodyay, helping people who had lost everything in the fire. Some volunteers twittered news and information and others stayed up all night addressing queries about lost and found pets, stock, people and where to send donations, furniture and food. Messages of hope and goodwill were printed and taken down to the bushfire survivors.

Below, seedlings planted by Scouts.

As the immediate emergency passed, there was another use for the facebook group, which now had 5,900 members – people started organising events for the relief effort and promoting them through the facebook group. Perth Street Bikes kicked off the events with a charity bike ride, and many other bike groups followed. Bunnings held a nation-wide sausage sizzle – there were car cruises, cabarets, a sports night, an ACDC tribute concert, a charity rock show, a huge local concert, an online auction and a river cruise.

Two months on, people are just starting to rebuild their lives. The Scouts are growing trees from seed for the fire devastated areas. Kalamunda Crew Leader Josh Donders said it well in a post on the facebook page to the Toodyay Rover Crew; 『To my fellow brother and sisters, you have made this state proud of your efforts. We will be up to you next meeting and we will address you all. Hope you are all safe and well. Speak soon.』

I』m proud to say that our Scouts made a difference during this natural disaster and in rebuilding people』s lives. 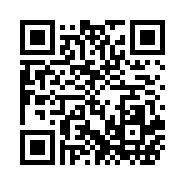