© The Scout Association of Maldives

Over 100 young people of a local Scout group in Maldives had a wonderful Scouting experience as they pitched seven camps in seven atolls situated in the southern part of the country while travelling 20 days and 20 nights in the very first sea camp held in Maldives.

Hosted by the 27th Male' Scout Group, the sea camp adventure started in Male' (capital island of Maldives) and made a stop over in Nilandhoo, Guraidhoo, Gan, Villingili, Thinadhoo, Fuwahmulah, before reaching Addu Atoll, their last stop and the last group of islands in the Maldivian archipelago. The group traveled in a boat with a capacity of 100 passengers where in every stop, 30 participants consisting of Scouts and non-Scouts joined the group different activities.

In their first stop over in Nilandhoo, Scouts cleaned up a picnic area and donated a special table and chair built in Scout style. Here, they started a green project where each participant will be planting 25 trees in two years. Next stop was Guraidhoo where Scouts immersed in different water activities and explored a nearby island where they had some picnic.

In Gan, they went into hiking for two days and completed more than 20 kilometers. Starting point of the hike was Gan and ended in Fonadhoo where they met with 160 Cub Scouts in the island. Sharing their personal Scouting experiences and their ideas about Scouting was the main part of the activity when they reached Villingili.

Considered as the main highlight of this sea adventure was in Thinadhoo where they had a Floating Camp, a new type of camping with a touch of Maldivian Scouting history. Here, Scouts made a float of five platforms, of which four were used as sleeping tents and the main platform served as kitchen and an open area where over 50 participants camped in this float for two nights and enjoyed this new style of camping. During their stay, Scouts got the chance to do some community work which they partnered with a non-government organization focused on young people stationed in this island.

As Fuwahmulah an atoll of wet lands and fresh water areas, Scouts had an Adventure Camp here where they enjoyed exploring these areas and went for a night hike for three hours.

Last stop was Feydhoo where participants had a lot of fun as they enjoyed the night singing Scout songs and making different Scout yells with the Cub Scouts in this island, adding a lot of fun in the last leg of this 20-day sea camp before returning to Male. 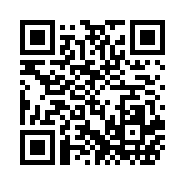