A total of 45 participants from 10 National Scout Organizations (NSOs) in the Asia-Pacific Region and from the World Association of Girl Guides and Girl Scouts (WAGGGS) participated in the first International Seminar on Intellectual Property at the Vajiravudh Scout Camp, Chonburi Province, Thailand from 1st to 4th September 2009, organized by World Scout Bureau/Asia-Pacific Regional Office.

The inauguration ceremony was graced by World Scout Committee member Georges El-Ghorayeb from Lebanon. He was joined by Regional Scout Committee member and National Scout Organization of Thailand (NSOT) Board member Mr Prakorb Mukura who highlighted the importance of the seminar now that some NSOs are facing some problems in this area. Regional Director Abdullah Rasheed, in his remarks, recalled the past events undertaken by the Asia-Pacific Region (APR) related to the topic beginning from the International Seminar on Resource Mobilization in Indonesia in 2004 where the issue of protecting Scouting items was highlighted as one of the ways to improve revenue. This was followed by the Brunei Conference in December 2004 where a special presentation on Intellectual property was made by Mr Maehara of Japan, who also drafted the APR booklet -- Guideline on Intellectual Property -- published in September 2007 and distributed to all 160 NSOs within WOSM through the Scoutpak.

The seminar is guided by resource people Ms. Danielle Doureiry from Lebanon and Mr Charles Revkin from Geneva central office under the direction of Dr Prapatpong Senarith and assisted by Prassanna Shrivastava from APR Office.

The seminar is also attended by two participants from the Thai government's Department of Commerce who are dealing with IP. Two other participants are from the Teachers Welfare Commission of Thailand which is handling the NSOT Scout Shop and the production of education materials for the Government of Thailand.

A minute of silence was observed at the opening ceremony for the passing of Fawzi Farghali, former Arab Regional Director, on 31st August 2009 at Wady Alneel Hospital in Cairo, Egypt. 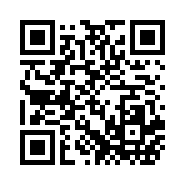