Early part of August this year, 20 Scouts worked closely with Bookbridge in setting up additional three teaching libraries at the rural areas of Mongolia.

Bookbridge is a registered charity based in Germany which strives for a worldwide balanced access to education. Through its partnership with Scout Association of Mongolia (SAM), children and young people in this country are given access to books and reading materials.

Along with the Scouts and the crew of Bookbridge who went to Mongolia was the training team comprised of American, Norwegian and German dedicated teachers. During the two-week period, they were able to give basic training to more than 120 local teachers on the materials that Scouts from Switzerland, Germany, and the United Kingdom had previously collected.

Many children, Scouts and adults came to attend the opening ceremony. The teaching libraries provide space and time for Scouting activities with the purpose of expanding the reach of Scouting in Mongolia especially at the community level.

Another highlight of this visit in Ulaanbaatar is the signing of the Memorandum of Understanding between SAM and Bookbridge ensuring a long-term collaboration of the two organizations.

Bookbridge project founder Mr Carsten Rubsaamen expressed his gratitude on the partnership for it provides quality education and at the same time expands the reach of Scouting in Mongolia.

With the success of the project in Mongolia, Bookbridge is now in the process of selecting another country in the Asia-Pacific Region for the coming year. 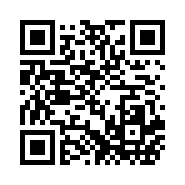