Scouts of Gerakan Pramuka (GP) were mobilised when a series of powerful quakes struck the Indonesian island of West Java since 2nd September, claiming 70 lives and injuring hundreds of others.

The epicenter of the earthquake was offshore, some 142 kilometers south west of Tasikmalaya city in the West Java Province.

Amidst the series of earthquakes, Gerakan Pramuka Rescue Team of Cianjur Scout District Headquarters went to the area and helped looking for survivors and digging the landslide-affected areas where around 30 to 40 people are reportedly buried.

Scouts Care Task Force was headed by Vice-Chairman and Rear Marshall Air Force Erris Herryanto who coordinated all the rescue efforts in the West Java and other nearby places. Aside from the rescue efforts, Scouts also helped the affected children in their trauma healing process through Scouts games.

GP is coordinating with their members to send in donations to help the survivors. 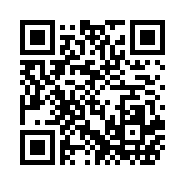