This is the first time that the World Scout Bureau organized this type of workshop, and the Asia-Pacific Region has taken the initiative to plan and host this event, with participants coming from five regions and the central office, and volunteers from Australia, Indonesia and United Kingdom. Moreover, colleagues from Boy Scouts of the Philippines and The Singapore Scout Association are taking part. The Institute of Training and Development or ITD, a professional consultancy institution from Malaysia, conducts the workshop headed by key resource speaker Carmen Diokno of the Philippines, with Serely Alcaraz and Rita Goh.

At the opening ceremony, the World Scout Bureau/Asia-Pacific Region Regional Director Abdullah Rasheed mentioned the background of the workshop, a novelty in WOSM and colleagues from five regions gathering in the Philippines for the first time. Also, he read out the message of WOSM Secretary General Luc Panissod who highlighted that he feels a high degree of paternity for the concept of Global Support System and Consultancy – an unavoidable component of that kind of system. The Secretary General added that he believes this workshop will bring new dimensions and opportunities to improve WOSM services to NSOs, and placing all on the same footing in terms of basic concepts of consultancy.

Also present at the opening ceremony is ITD Chairman and veteran Scouter Dato Thomas Chee of Malaysia who gave an inspirational message to the participants and is continuing to observe the sessions until the last day of the workshop. 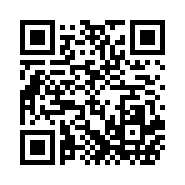