The 7th Asia-Pacific Regional Scout Leaders Summit was ceremonially inaugurated by H.E. Dr. Hansraj Bhardwaj, Governor of Karnataka State, India at Atria Hotel in Bangalore on 24th June 2010. More than 130 prominent Scout leaders from 22 countries in the Asia-Pacific Region and 3 countries outside the region participated, making this summit the largest gathering since 1993. Bharat Scouts & Guides National Chief Commissioner L. M. Jain welcomed the delegates. The Summit is a regional event with the main purpose of regional strategic planning as well as to prepare for the forthcoming World Scout Conference in Brazil in 2011.

The Vice Chairman of the World Scout Committee, Simon Rhee, while expressing his appreciation for the various achievements of the region said that the region has 80% of the world Scout membership and has many success stories. He said, 「Asia Pacific is a great region. We should think big for the future.」

Earlier in the morning, the Summit was formally declared by the First Vice Chairman Mr. Prakorb Mukura and the message of the Regional Chairman Jejomar C. Binay who was recently elected as the Vice President of the Republic of Philippines was delivered. The Vice-President expressed his strong commitment to Scouting and cited how scouting helped in his success.

In the inaugural address, H.E. Bhardwaj highlighted the noble principles of Scouting that can enable people to live in harmony. In his own experience as a Scout in Simla, Punjab, he knew that Scouting helps develop good character. 「In the camp, I learnt that Scouting is very constructive. Through adventures, we learned to solve difficulties. Whatever you have learnt in your Scouting activities, it will help you in your life,」 said the Governor.

Mr. Prakorb Mukura chaired the Summit with the support of second Vice Chairman Dr. Mukhyuddin Sarwani and other members of the Regional Scout Committee. At the four day discussions, the participants set the direction of the region by drafting a new APR Vision for 2020 and identified focus areas for the coming triennium 2012-2015. 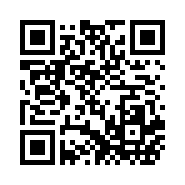