It was followed by the reports from all sub-committee chairmen including the Chairman of the Young Adult Members Group. Various recommendations arising from the recently held regional workshops on intellectual property, Chief Scout Executives Meet, and disaster management were reviewed.

The Committee thoroughly discussed the resolutions adopted at the 23rd Asia-Pacific Regional Scout Conference in Malaysia and appointed a Task Force to review the regional constitution. The Task Force comprises of Nicholas Tang, Janaprith Fernando and Alex Wong.

On CNV mission, Hong Kong, Bangladesh, Malaysia, Australia and New Zealand are the new set of countries to visit during the second half of 2010. Representatives from Scouts of China, Pakistan and Philippines were invited at the committee meeting to report the progress after the CNV mission conducted in their NSOs over a year ago. This type of annual reporting on the CNV by the Chief Commissioners has become a regular feature of RSC meetings.

On the role of two Vice-Chairmen, the Committee appointed Mr Prakorb Mukura as the first vice-chairman for the first half of the triennium. His job is to coordinate the work of the Organizational Support Group consisting of the 3 sub-committees: Management, Finance and Scouting Profile. Dr Mohammed Mukhyuddin Bin Sarwani will take over the role at the second half of the triennium. He will coordinate the Educational Methods Group consisting of Youth Involvement, Adults, and Membership Growth.

Next committee meeting will be on 30th to 31st October 2010 possibly in Korea. 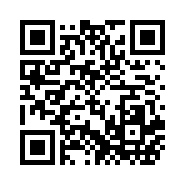