Mr Panissod used this opportunity to thank Mrs de Jongh-Elhage and her cabinet for the support that the Government was giving to Scouting Antiano. One example of governmental aid is the financial contribution that they Scouting Antiano has received from the government in order to hold the 12th Caribbean Cuboree this year in July.

The Secretary General thanked Mrs de Jongh-Elhalge for the support Scouting Antiano is receiving, 「On behalf of all youngsters, parents and volunteers of Scouting Antiano and the World Movement, thank you, we appreciate this immensely.」

Scouting Antiano expressed their gratitude of having Mr Panissod in Curacao and making time to meet with them, whilst attending meetings with the Interamerican Scout Committee and conducting interviews to select the new Regional Director of the World Scout Bureau Interamerican Regional Office. It is the first time that a Secretary General of the World Organization visits the island. 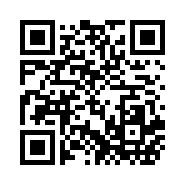