The Scout Movement victim of the Nazi regime

Geneva, 10 March 2010 -- On the 8th of March, the security service of the United Kingdom submitted to the National Archives three bundles of declassified documents covering a period extending from 1937 to 1944. The World Scout Bureau acquired these documents for examination. These were essentially notes from the police declaring the coming and going of members of the Hitler Youth in the UK. Other parts are under the heading of the Nazi youth movement.

How Baden-Powell met with representatives of the Hitler Youth

Amongst all of these document pieces is a copy of a letter sent on November 20, 1937 by Baden-Powell to Joachim von Ribbentrop, German ambassador to London, thanking him for having received him on November 19, to meet Jochen Benemann and Hartmann Lauterbach, officials of the Hitler Youth. The tone of this letter is polite and diplomatic. It refers to the mutual feelings that the British and the Germans can exchange, Baden-Powell writes "I sincerely hope that we shall be able in the near future to give expression to it through the youth on both sides, and I will at once consult my headquarters and see what suggestions they can put forward".

In one of these bundles of documents is a two-page report that Baden-Powell (hereafter BP) transmitted to the International Commissioner, where he states that "both [Lauterbacher] and Benemann are eager to see the Scouts get into closer touch with the German youth movement. He continued his report stating that Ribbentrop "sees in the Scout Movement a very powerful agency" to help bring together the two youths. To Ribbentrop, and as per the report by BP, 「that the true peace beween the two nations will depend on the youth being brought up on friendly terms together in forgetfulness of past differences」. This report carries no instructions from Baden-Powell to go along the suggestions proposed by Ribbentrop.

Lord Baden-Powell did not meet Hitler

In his report, Baden-Powell said that Ribbentrop would like him to go to Germany to meet Hitler. It is obvious that this meeting never took place. A week after his meeting with the ambassador, BP left for Africa. He returned to the UK for a short period in 1938 before returning permanently to Kenya October 27, 1938, where he died three years later.

In 1933 and 1937, World Scouting responds to the prohibition of Scouting by the Nazis

In January 1933, before the takeover by the Nazi Party, the Hitler Youth had expressed its hostility to Scouting, claiming that it alone could represent the youth of Germany. On the 17th of June, 1933, the Großdeutche Bund, a federation of many youth movements including a dozen Scout Movements was prohibited. On the 26th of May, 1934, a decree forbade the Reichschaft deutscher Pfadfinder, another federation of Scout Movements. The decree stated that the federation "had become a place of refuge for the young enemies of the new state."

This solution marked the end of the Hitler Youth's will to be recognized by the International Boy Scouts Bureau. Contacts were made during the jamboree in Hungary (August 1933) between them and the International Bureau, Hitler's Youth sent its Chief of Staff Karl Nabersberg. He also went to the International Bureau in London in 1934, dressed in a Scout Uniform to negotiate contacts. He also sought to meet with the Scouts of France. But none of these contacts fell through and the dissolution of the Reichschaft deutscher Pfadfinder was one of the consequences.

In August, 1933, The World Scout Conference, held in Godöllo (Hungary), voted the following resolution (15/33), entitled "Political Propaganda": "The Congress once again invites attention to the fact that any political propaganda of any character, direct or indirect, national or international, must not be permitted in any camp or scout gathering in which representatives of other nations are invited to participate.」
In 1937, the same World Conference was even more precise when it voted resolution 15/37 entitled "Patriotism": 「The Conference resolves that the International Committee be requested to do all that it can to ensure that Scouting and Rovering in all countries, while fostering true patriotism, are genuinely kept within the limits of international cooperation and friendship, irrespective of creed and race, as has always been outlined by the Chief Scout (Baden-Powell). Thus, any steps to the militarization of Scouting or the introduction of political aims, which might cause misunderstanding and thus handicap our work for peace and good will among nations and individuals should be entirely avoided in our programmes.」

It is interesting to note that the nazis invasion plan for the United-Kingdom, prepared in 1940 by the SS General Walter Schellenberg, foresaw the apprehension of about 2800 prominent british citizens, amongst whom was Lord Baden-Powell and the main leaders of the International Boy Scouts Bureau.

Part of this Nazi book entitled "The education system」 includes two sub-sections:"public schools" and " The International Scout Movement」. Reading this text, a mixture of nonsense and very accurate information, makes us wonder. The Nazis believed that since Baden-Powell had been an intelligence officer in the British army, the Scouts he had created in 1907 had only been for the purpose of espionage for the benefit of England and commissioners of various international organizations had as their sole mission to prepare monthly and quarterly reports on the political economic and social life of their country for the International Scout Bureau. The portion devoted to Scouting is also an illustration of Nazi racism: Hubert Martin, Director of the International Bureau is described as "half Jewish".

All these elements proves the lack of mutual sympathy that was between the Nazi regime Baden Powell and the Scout Movement. They should encourage todays Scouts to reflect on their history to better understand the reality of their mission of peace, and to guard themselves against totalitarian regimes that have always tried to prohibit or restrict the Movement. 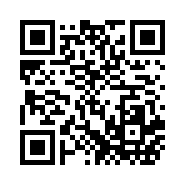