At the 100 years celebration of Scouting in Singapore, the Regional Scout Committee was invited at a dinner in Suntec International Convention Centre on the evening of 27th February 2010 with Senior Minister Goh Chok Tong as the Guest of Honour.

The Regional Committee was in Singapore for its committee meeting this year giving them the opportunity to be part of the centenary celebration of Singapore Scouting, attended by over 1000 Scouters.

Senior Minister Goh Chok Tong singing with the other members from his old Scout troop.

In his remarks, Senior Minister said, 「I thoroughly enjoyed my Scouting days and I dare say that being a Scout gave me an early opportunity to acquire leadership skills」.

He said he joined as a tenderfoot, became a patrol leader, and later a troop leader of the Second Raffles Troop. He further said, 「Scouting has a mystical quality that embraces freedom, initiative, comradeship and character building.」 More importantly, he said that Scouting taught him to live up to its motto – Be Prepared – a valuable trait for his job later in the government. He also borrowed a Taiwanese phrase – Strawberries Generation – saying that young people today risk becoming 「fragile-like strawberries」, if they are too protected.

Senior Minister Goh Chok Tong rang the bell at the centenary dinner, marking the official launch of The Dendrobium Singapore Scouts. The Singapore Scout Association has adopted its very own orchid to commemorate the 100 years of Scouting in Singapore. 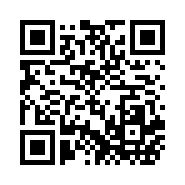