From the 25th-27th March, the new World Scout Committee will be meeting for the first time, since six new members (out of the twelve voting members) were elected during the World Scout Conference in Brazil.

The meeting will be the opportunity for the new members to be inducted in their function, as well as present them the opportunity to meet the professional staff of the World Scout Bureau. Some of the agenda items that will be discussed, include the key priority areas, proposed organization structure and composition of sub-structure groups for the next triennium (2011-2014).

The Committee is composed of the following members: 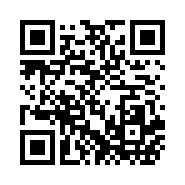