The Regional Scout Committee, at its meeting on 16 April in Makati City, accepted for the first time a framework for the region’s strategic planning exercise. They agreed on a key decision that membership growth is the goal of the strategic plan for 2012-2015 and the sub-committees will be actively involved in identifying key strategies for the next triennium.

After the meeting, Regional Scout Committee member Nicholas Tang, with the support of regional consultant Kirsty Brown, facilitated a half-day discussion among sub-committee chairmen which was also attended by a number of regional Scout committee members including vice-chairman Dr Mukhyuddin. To start with, the group brainstormed to clarify assumptions and to challenge traditional mental models or practices before embarking on a new plan.

A number of critical questions were thrown to stimulate the thinking process and questioned the primary role of sub-committees, and what support can best be provided considering the diversity of the region with NSOs at very different levels of development.

The discussion ended with the crafting of strategic statements of the region’s priorities, namely young people, adults, management, finance, and Scouting Profile. It was decided that a follow-up meeting will take place in October 2011 in Thailand among all sub-committee members to draft the strategic objectives of the plan. 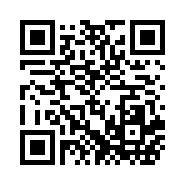