Following the national elections that were held on the 10th of May, 2010, Hon. Jejomar Binay was elected as the next Vice President of the Republic of Philippines. Prior to this development, Hon. Binay has held many other positions notably in Scouting but also in his official career.

Born on the 11th November 1941, Hon. Binay is married to Dr. Elenita Sombillo-Binay, M.D. and is father of five children. An Alumnus of the University of the Philippines, holding degrees in Bachelor of Laws, Master in Public Administration, Master of Laws and Doctor of Public Administration, Hon. Binay was also a law professor in various colleges and universities in Manila.

He has occupied various government offices including Mayor of Makati City and has also been the Chairman of Metro Manila Development Authority from 1998-2001.

Hon. Binay is also known in Scouting as the current National President of the Boy Scouts of the Philippines and is also the Chairman of the Asia-Pacific Regional Scout Committee of the World Organization of the Scout Movement. In his Scouting career Hon. Binay has received a number of awards in recognition of his services such as the Bronze, Silver and Gold Usa Awards, the Chairman』s Award by the Asia Pacific Region and the Silver Hawk Award from the Boy Scouts of Japan, amongst a many of other acknowledgements equally as impressive, for his various contributions to Scouting in the region and around the world.

On this momentous occasion we join together with the World Scout Committee, the World Scout Bureau and the Scouting family worldwide to wish him congratulations and are thrilled to see that one of our Scout brothers has reached such a high position in the governing authorities of his own country.

We wish Hon. Jejomar Binay a very successful term of office at the service of the Filipino people and of the Philippines. 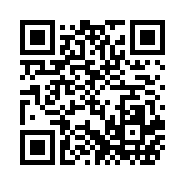