Scouting is known for its camaraderie and also for its empathetic reactions towards those in difficult situations. We have seen Scouts rush to lend a helping hand in situations such as the tsunami in South East Asia and, in more recent news, in the aftermath of the earthquake in Haiti. However, Scouting』s help comes in more ways than just disaster relief aid.

Scouting creates bonds that span the entire world, thus creating a global network of brothers and sisters in Scouting. We can relay many stories of Scouts helping in disaster situations but sometimes there are stories that portray the spirit of fellowship developed between individual Scouts.

Isabel has been a Scout for many years. She is part of the Sao Vicente Air Scout Group 2344/SP of the Brazilian Scouts Association (UEB). In April, she and two colleagues were traveling to Taipei, Taiwan, to work, and had a connecting flight in Amsterdam. However this was the period when the Eyjafjallajokull volcano in Iceland was in eruption and the ash cloud spewing from the volcano grounded planes, causing airports around Europe to shut down. Stranded in Amsterdam with all hotels fully booked due to many people losing flight connections, Isabel and her colleagues had no idea of a way forward.

Isabel』s mother immediately thought about the Scout Movement as a worldwide organization. She called Isabel』s Scout leader who, through her network, managed to put her in touch with the UEB』s regional office in Sao Paolo and finally in connection with the International Commissioner of the Brazilian Scouts, Fernando Brodeschi. Explaining the situation to him, Mr. Brodeschi contacted the International Secretary of Scouting Nederland, Mrs Evert Bor, who rapidly sent someone to fetch the three girls at the airport.

The girls spent the following days at Scoutcentrum Buitenzorg in Baarn, where they were given a place to sleep and meals. They stayed at the centre for the few days it took for the airport to be reopened.

Wherever there is a need, Scouts worldwide can be found doing their part. Needless to say Isabel and her friends』 families are grateful for the help they received from Scouting Nederland.

These actions show the spirit of Scouting and also reflect perfectly the words of the Scout promise: 「…To help others at all times…」 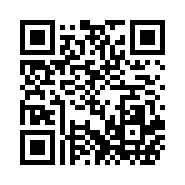