Committee visit to Fiji is most timely

Continuing the Committee NSO Visit ( CNV ) which the Asia-Pacific Region has undertaken since early 2008, now is the turn of the Pacific islands situated at the far extreme of the region. Fijian leaders welcomed the CNV team led by former Regional Scout Committee member John Ravenhall (Australia) together with executives from the Regional Office. The team is in Suva for the 18th NSO covered since the launch of the CNV program.

During the last couple of months­, Fiji Scout Association underwent substantial changes. Mr John Naisau, Acting Chief Commissioner, took over the helm of the association. Under his leadership, new and energetic leaders have taken up various commissioners' positions and it is hoped that the CNV dialogue gives them the boost and momentum for the development of Scouting in the Fiji Islands. Former Chief Commissioner Chandra Shekhar who is also the Acting Deputy Chief Scout joined the team and presented some of the indicators.

Scouting in Fiji is largely school-based and the association receives much support from the Ministry of Education. Dr. Brij Lal, who himself was a strong Scout Leader and currently holds the position of Deputy Secretary of the Primary/Secondary section of the Ministry of Education, joined the opening session and highlighted the importance of Scouting. He explained how the ministry gives emphasis on Scouting as the most useful co-curricular activity of the school system.

Presently, Fiji has a Scout population of 4,192 and there is much scope for membership expansion around the islands as they look forward to celebrating their 100th year in 2014. 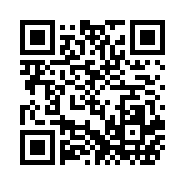