For the comfort of the participants and to assure the quality of the meeting, Paulo Salamuni, President of the Organizing Committee and his team have chosen locations that symbolise the economic and cultural boom of the capital of the state of Paraná. The convention center "Estaçao Embratel" will be the main location of the conference. Participants will be able to lodge in hotels only a short distance away from the center or a few bus stops away.

Oscar Palmquist, member of the World Scout Committee, a Curitiba native, and Jose Maria Silva are facilitating the meeting with the volunteers and professionals of the Brazilian Scout Union. For months now, teams of experts have been recruited to systematically tackle all eventual obstacles that may arise, so as to ensure the successful planning of the conference. 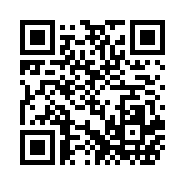