Cancer is a leading cause of death around the world, killing more people than HIV/AIDS, tuberculosis and malaria combined. Each year, 12 million people receive a cancer diagnosis and 7.6 million people die of cancer. If no action is taken, the worldwide cancer burden is projected to reach 26 million new diagnoses in the year 2030 and 17 million deaths, with the most rapid increases occurring in low- and middle-income countries.

』Cancer can be prevented too』 is a global campaign being launched in the lead up to World Cancer Day on 4 February by the International Union Against Cancer (UICC), custodians of the World Cancer Declaration, to increase public awareness on the prevention of cancer and how a number of simple steps can significantly reduce the risk of developing cancer later in life.

Celebrated every year on 4 February, World Cancer Day is led by UICC and its member organizations with the support of the World Health Organization and key partners. Cancer is an illness that has in some way touched most people around the globe which is why World Scouting supports the day and urges its NSOs and Scouts around the world to take note of the campaign and spread the prevention message.

The good news is that experts estimate that approximately 40% of cancers are potentially preventable. You can significantly reduce the risk of you or your family developing cancers related to tobacco use, heavy alcohol consumption, excessive sun exposure and obesity by avoiding these risk factors and encouraging healthy behaviour such as regular exercise and eating healthily.

The 』Cancer can be prevented too『 campaign is backed by free informative material, including a series of comprehensive UICC expert reports, fact sheets, and many more online resources and contacts.

How can you get involved on World Cancer Day:

World Cancer Declaration is a call to action to significantly reduce the global cancer burden by 2020. It represents a consensus between government officials, public health experts and cancer advocates from around the world who are committed to eliminating cancer as a major threat for future generations.

The International Union Against Cancer (UICC) is the leading international non-governmental organization dedicated to the global prevention and control of cancer. UICC』s mission is to connect, mobilize and support organizations, leading experts, key stakeholders and volunteers in a dynamic community working together to eliminate cancer as a life- threatening disease for future generations. 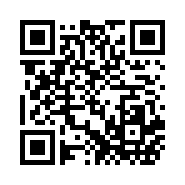