Full mobilization for a conference in South-America

Curitiba 5th February – Yesterday the World Scouting delegation continued their visit, in preparation of the upcoming World Scout Conference, by the evaluation of the conference center and all the lodging options. The afternoon allowed for some protocolary meetings that, show the important support that the Union of Scouts of Brazil enjoys with the municipal, regional and federal authorities.

During the course of a working lunch the senator Flavio Arns, head of the National Parliamentary Scout Union and spokesperson for the Movement to the highest authorities of the state, affirmed: 「We are aware of the importance the Youth Forum and the World Scout Conference has for Brazilian Scouting. We believe that these two events will support the recognition and the growth of the Movement in our country」. The Senator was accompanied by deputy Reynold Stephanes Jr. and by Renato Bueno Balaguer, Member of Parliament of Curitiba.

The lunch was followed by a meeting with Joâo Claudio Derosso, President of the municipal Parliament of Curitiba, who assured the delegation and national leaders of UEB 「of the full support of the Parliament」 while congratulating that 「a South American country can show its capacity to hold such an international event」.

Today, the delegation worked on the issues of risk management, security, health and human resources. Furthermore, the youth advisors of the World Scout Committee, launched in Blumenau, a simillar meeting to plan the next World Scout Youth Forum. 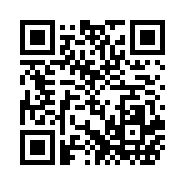