The Hops Clan from Sakskøbing had hardly eaten the energy-friendly baked potato, before they raced to the Climate Tent. Here they found that commitment is rewarded. They were the first to receive five stamps needed for the World Scout Environment Badge, and thus the proud owners of the world's first environmental badge for Scouts. Jens Peter, Morten, Ellen, Patrick, Louise and Daniel solved the tasks together and had set a target to become the first to receive the badge. They immediately threw themselves into three climate activities in the afternoon where they learned about heating the water primitively, create wind and build a so-called Sudan stove. Friday they learned about the secrets of the rain forest and environmental friendly potato baking. This is all part of the programme available to 20,000 Scouts at the 'Blue Summer' or Blå Sommer Jamboree in Denmark.

Increased environmental awareness
The Hops Clan comes from a group where climate and energy are already on the agenda. "We have pulled out our electrical plugs before we went away," says Patrick. But climate change activities has heightened their awareness further and the Hops Clan says "We need to recycle natural resources instead of using them up." Anette, their group leader, stands by their side, and looks very happy next to them. "I'm really proud as a team. It gives the younger Scouts something to look up to. "

Major attraction bigger than expected
The Scouts in the Climate Tent, where the badges are presented, are overwhelmed by the huge success. The badge has apparently formed a trend, which means that 4,500 badges may not be enough. The employees in the Climate Tent insure that they will have to find a solution so that all who seek the five stamps will receive a climate badge. For more information on Blå Sommer see: http://dds.dk/blaasommer/ 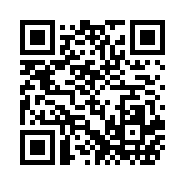