The 38th World Scout Conference was held 14-18 July 2008 on Jeju Island, Korea. It was attended by 1189 participants from 150 countries. Hosted by the Korea Scout Association, The Conference was officially opened opened by Dr. Han Seung-soo, the Prime Minister of the Republic of Korea.

Aside from the official sessions and workshops, participants had the opportunity to take part in a varied evening programme and an educational tour of Jeju Island on the Wednesday afternoon.

The World Scout Conference is the governing body, the "general assembly" of World Scouting, and is composed of all the members of the Organisation: the National Scout Organizations.

Its function is to consider the policy and standards of the Scout Movement throughout the world, formulate the general policy of the World Organization, and take the action required to further the purpose of the Movement.

KEY AGENDA ITEMS
Key-note reports were made by Philippe Da Costa, Chairman of the World Scout Committee; Luc Panissod, Acting Secretary General of the World Organization of the Scout Movement; and Maurice Machenbaum, Treasurer.
Governance was a key focus throughout the Conference. Some of the issues identified were:

On the Strategy for Scouting, progress on each of the seven priorities was reported with many countries presenting examples of success and best practices. NSOs had the opportunity to participate in a choice of over 30 workshops on topics such as membership growth, youth programme, support to volunteers and developing volunteering in Scouting, and Scouting's profile, Some of the main issues identified to work towards in the coming triennium are: involving young people, supporting adults, better communications and improving the image of Scouting.

Issues relating to membership growth were addressed such as the need to offer better Scouting to more young people. A new membership development toolkit was presented to the Conference in order to encourage NSOs to think about the topic and learn how they can get new members and retain existing ones through the example of NSO best practices. A dynamic workshop allowed NSOs to interactively explore the toolkit and take a copy was provided to each NSO to home with them.

The new corporate identity of the World Scout Shop has been launched during the Conference, following the decision of the Board of Scout Resources International (SCORE) to start a plan of development for 2008-2011. Scout Store, as it is now known, will provide new services to the NSOs and all Scout event organisers. 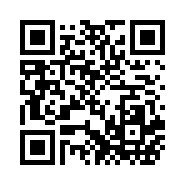