11.30am Jeju Island, 17 July 2008 - Japan has just won the bid to host the 23rd World Scout Jamboree in 2015. Announced just a few minutes ago in the Plenary Hall at ICC Jeju on Jeju Island at the 38th World Scout Conference, Japan was ecstatic to hear the results with the Chairman of the bidding committee, Mr. Osamu Hirose saying: We are very happy and we are sure that the Jamboree will be a very good opportunity to educate young people, and also very good chance to show how Scouts around the world are creating a better world.

The Jamboree will be located on Kirarahama or Kirara Beach in Yamaguchi Prefecture. The Japanese word "kirara" means mica: Kirara Beach offers a beautiful landscape in front of which the Seto Inland Sea glitters in the sunlight just like mica.

This kanji symbol means unity, harmony, a spirit of unity, cooperation, friendship, peace, and total, and also encapsulates the culture of Japan.

Located in the westernmost part of the Honshu Island, Yamaguchi Prefecture has been active in trade with the Asian continent from ancient times, representing a meeting point of Japanese culture and foreign cultures. Access to the site is easy by high-speed transportation systems such as airplanes and Shinkansen bullet trains.

The theme for the event is Wa: A Spirit of Unity," of which the Japanese kanji symbol is also a part. In Japanese symbol (see picture) means unity, harmony, a spirit of unity, cooperation, friendship,peace, and total, and also encapsulates the culture of Japan. This theme was proposed because it can be incorporated into all the aspects of the Jamboree, and specifically that the following be the key words for this theme: 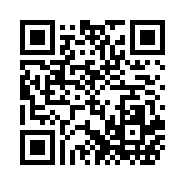