23 Scouts from 13 countries participated in the Speak out, tell your story! - Young Spokesperson Training in Ghent, Belgium. During the training, they developed their skills and gained knowledge to enable them to represent the Scout Movement.

Participants spent four intense days of training in Ghent, Belgium between 4-8 July. The programme was a mix of inputs and practical exercises, and the participants also had the chance to discuss the situation of external representation in their associations. Not only did the trainers share a lot of their expertise to empower them to represent the Movement, but the participants could also broaden their perspective by learning from each other.

The inputs introduced the participants to external representation, campaigning, media relations and value-based representation. These were followed by a lot of exercises to help them develop their own skills and therefore to be able to practice them afterwards.

These included the "Vox Populi", where the participants formed small groups and interviewed people on the streets about what they know about Scouting and how they perceive the Movement.

The groups presented to each other the recorded video interviews, and they got feedback from the trainers and from their peers as well. They also spent time discussing the results of their vox populi, the diverse and interesting opinions expressed by the people interviewed and what is the “real” external image of the Movement.

There were other exercises where the participants had the chance to practice how to talk to the media. The trainers acted as journalists and they made both TV and radio interviews with all the participants, and then gave them feedback on how to perform better in such situations. They also practiced how to write press releases, and how to approach journalists on the phone.

At the end of the training the participants could choose from some more focussed topics to gain some extra knowledge in groups, in fields such as crisis communication or the usage of social media.

The picturesque city of Ghent proved to be an excellent location for the training, and thanks toFOS Open Scouting the participants had a chance to discover the city with the guidance of local Scouts.

The training was supported by the Youth in Action programme of the EU, which helped to make the event this successful. After the training the participants hopefully will have the opportunity to use their knowledge and skills to support the work of their associations. 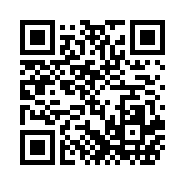