Scouts have always been searching for ways to make the world a better place and more and more young people across the world are finding a unique and special experience in Scouting - an experience that can affect the course of their life and change their views of the world. Such a spirit has dominated the Tunisian Scouts and one of the Danish National Scout Organizations ‘KFUM Spejderne’ since 2008 when the Danish organization reached out to their peers in the Arab world, proposing cultural exchanges, amongst other objectives for the partnership. The Tunisian Scouts welcomed the initiative warmly, seeing it as a way to help build bridges across cultural differences by finding commonalities in universal Scout values.

At the beginning (in 2008), the partnership was created initially last three years. New friendships were built, communications across borders became seamless and a depth of cross cultural understanding and mutual respect was achieved in this first phase. Then the historic Tunisian Revolution broke out. And throughout the difficult times, the Danish Scouts from KFUM Spejderne resolutely supported the Tunisian cause and expressed that sentiment through several official letters. Through the struggle, Danish and Tunisian Scouts continued to exchange news and updates using social networks. The Tunisian Scouts were deeply touched by the level of concern their Danish counterparts had shown for them.

This close-knit relationship ultimately resulted in the renewal of the 2008-2011 partnership and cooperation was extended for an additional two and a half years. There are two major outcomes of the extended and renewed partnership in the form of two projects. “Reaching Out to Local Communities” and “Future Leaders of Tunisia”. Both projects were inspired by the social evolution occurring in the post revolution Tunisian society.

Reaching out to local communities
The objective of the first project - Reaching Out to Local Communities - is to develop and empower local communities, primarily in the underprivileged regions of Tunisia and also in the local areas in Denmark. This objective will be achieved through strengthening the leadership abilities of young people, increasing their involvement in society and encouraging respect of cultural differences. Two committees comprising of young Scouts collaborating together, one from Denmark and one from Tunisia drafted the project proposal. Through care and perseverance they obtained support from the Danish Youth Council (DUF). Funds were granted and youth leaders from Tunisian and Danish Scouts were given training in Denmark.   As part of this initiative a joint bus tour around Tunisia was undertaken and this exploratory travel is still in progress. The road trip on the bus started from the south of Tunisia and the expedition has made its way through the country towards the north to eventually reach Tunis, the capital city of Tunisia. In May 2012, the youth leaders drove all the way to Denmark crossing a number of European territories to continue spreading their positive energy collaborating with seven Scandinavian local Scout groups.

Anne-Katherine, Christian, Nourredine, Lea, Maher and Fouad are the main Scout volunteers who have been involved in the project so far. Anne is a 20-year Danish Scout leader who has decided to take a yearlong break in her education in order to broaden her horizons and learn new skills through volunteering. “I can admit that I have acquired a greater understanding of the Tunisian culture through this memorable experience. Engaging in Scout activities overseas has brought about radical changes in my own view of the world. I even think that being exposed to such a different culture has made me consider picking anthropology as a university major” she stated.   Christian is a medical student who considers medical studies as part of his past: “Since I joined the team, I have been seriously considering abandoning medical school and embarking in a new study field. I can say that I feel a deep inclination to educational sciences. I have felt this interest while as part of our joint Scout project we were running educational activities, which were also great fun, for pupils in Tunisian primary schools. I felt a real pleasure while doing that”.

Christian and Anne were lucky enough to attend the Tunisian Revolution’s anniversary celebrations that took place on January 14th downtown Tunis. “We felt an exquisite emotion of pride, hope and solidarity on that day. Throughout our trip across the country we could see glimpses of patriotism and freedom when observing the gleaming eyes of the children and youth” they said.   Nourredine, a 25-year-old Tunisian Scout Leader who has graduated in Business English, joined the discussion emphasizing the brilliant cultural exchange happening between the Tunisian and Danish Scout volunteers. He also expressed his joy realising the great social impact that Scout has had on many Tunisian towns he has crossed so far with the team. “The image of a shy little kid in the countryside smiling at the sight of Scouts always left me speechless” he affirmed.   Anne-Katherine expressed her perception of Scouting as a source of learning timeless life skills in the following way: “For me Scouting is not only about setting up a campfire and baking cookies, Scouting is also about personal growth, youth involvement and their capacity to change, no matter how, the others’ live their lives”. For Anne-Katherine and many others involved in the project, there was no doubt that Scouts were indeed the messengers and agents of change.

Tomorrow’s leaders of Tunisia
Tomorrow’s leaders of Tunisia is the second promising output of the Danish-Tunisian Scout partnership. This project aims at improving the image of Scouting as a driver for social change. It is a training programme on entrepreneurship for Scouts and young leaders aged between 15 and 35 years. Trainees develop their management skills in order to be able to launch their own professional projects. In Tunisia, unemployment is rampant and it is hoped that equipping many young people with such skills will contribute to bringing employment to more and more youth and helping to eventually reducing the national unemployment rate.

Six hundred Scouts will be trained during this two and a half year initiative. By the end of the project, at least sixty participants are expected to be able to launch their own businesses. Each new idea will either focus on the development of Tunisian civil society or the creation of jobs. After the initial training, a follow-up process will be implemented, ensuring that the trainees receive sufficient ongoing support in the pursuit of their endeavours.

In February 2012, the first workshop on creating the training programme took place in the presence of planning committees from both Tunisian and Danish Scouts. On behalf of the Tunisian Scouts, Slim Guizani, the project manager expressed his enthusiasm about the project during the workshop and stressed the importance of exchanging experiences and learning from each other.   Kristine is another member of the planning team. When asked about her motivation to take part in the project, she answered: “This project is largely based on a strong commitment to bring about change and create new ventures. Since it is my first visit to Tunisia, I have been exposed to intensive cross-cultural encounters. Having to cooperate and come up with results from the first day when you meet new people and on top of that coming from a country with a radically different culture and history was a challenge but a great and life changing experience” she added.

Watching the plans and ideas slowly take shape into real interventions, and seeing first hand results makes one truly believe in the power and benefit of cross-cultural partnerships. Fairness, transparency, mutual respect and co-operation are the values guiding the partnership between the Danish and Tunisian Scouts in their challenging journey towards mutual growth and development.   The Danish group summed up the feeling of both sides of the partnership: “We are not only going to change something in Tunisia, we are also going to change a lot of things in Denmark. We are not only the leaders of tomorrow, we should also be the leaders of today!” 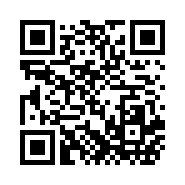