The Regional Scout Committee met in Makati City, Philippines on 16-17 April 2011 and tackled numerous issues of regional interest. One of them is the approval of the new implementing guidelines for recognizing youth events, in particular, the Asia-Pacific Regional Scout Jamboree, as endorsed by the APR Youth Programme Sub-Committee. This new guideline specifies that beyond 2013, the regional Jamboree will be held once in every four years in between World Scout Jamborees. This is a major change from the tradition of holding the Asia-Pacific Jamboree in conjunction with a national Jamboree of the host country at least once a year. Bidding for the 2017 APR stand alone Jamboree will be held in November 2012 at the Dhaka conference.

All activities in the Jamboree will be of international standard, and most importantly, with the educational emphasis of contributing to a young person’s development – physically, intellectually, socially, emotionally and spiritually. The guideline also reiterates the minimum requirements including the participation of not less than 10,000 participants, of which 15% should come from overseas National Scout Organizations (NSOs).

A revised Youth Forum guideline was also endorsed and accepted in time for the regional Youth Forum in 2012.

At the same meeting, the Committee approved a new project called “ScoutShare”. The project provides the opportunity to collect, produce, and share stories of “Scouts in Action” from every NSO in the Asia-Pacific Region. The collection of powerful stories will be put together in a video production.

This idea came from the 39th World Scout Conference in Brazil where several video productions featured images of Scouts in Action, such as bringing Scouting to children in dumpsites in the Philippines, a patrol rebuilding their lives in war-torn Sierra Leone, reaching out to Roma Scouts in a nomadic tribe in Slovakia, and caring for the forgotten children who are AIDS orphans in South Africa. The production was an initiative of the World Scout Foundation.

The goal is to present the videos at the 24th APR Scout Conference in Bangladesh in November 2012 and will be widely distributed to NSOs, stakeholders and other partners. 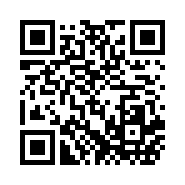