At 8.30 PM (local time) on Saturday 26 March 2011, lights will be switched off around the globe for Earth Hour. Every household of the over 31 million Scouts in the 161 member countries of WOSM all over the world, can set a global record by coming together in action for a common cause – the planet. BP said 『 Leave this world a little better than you found it' yes; you can do it by just going 『beyond the hour'. Please be in solidarity with the distinguished members of World Scout Committee and the World Youth Advisors as they lead by action in Geneva at this time and date.

We hope that you will be part of this and invite your friends and family to be part of this too. Turn off your lights wherever you are in the world to pledge your support for Earth Hour - the world's largest climate change initiative. Then, when the lights go back on, we want you to think about what you can change in your daily life that will benefit the planet. Send us your story of the actions you have taken to show how Scouts can make the difference in creating a better world to educationalmethods@scout.org

To get inspiration from what others were doing, please visit www.earthhour.org

Earth Hour started in 2007 in Sydney, Australia when 2.2 million individuals and more than 2,000 businesses turned their lights off for one hour to take a stand against climate change. Only a year later and Earth Hour had become a global sustainability movement with more than 50 million people across 35 countries participating. Global landmarks such as the Sydney Harbour Bridge, CN Tower in Toronto, Golden Gate Bridge in San Francisco, and Rome's Colosseum, all stood in darkness, as symbols of hope for a cause that grows more urgent by the hour.

In March 2009, hundreds of millions of people took part in the third Earth Hour. Over 4000 cities in 88 countries officially switched off to pledge their support for the planet, making Earth Hour 2009 the world's largest global climate change initiative.

On Saturday 27 March, Earth Hour 2010 became the biggest Earth Hour ever. A record 128 countries and territories joined the global display of climate action. Iconic buildings and landmarks from Asia Pacific to Europe and Africa to the Americas switched off. People across the world from all walks of life turned off their lights and came together in celebration and contemplation of the one thing we all have in common – our planet.

Text extracted and adapted from www.earthhour.org 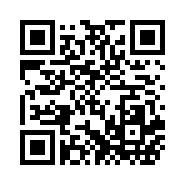