The 39th World Scout Conference has officially begun. Attended by 918 participants from NSOs and NSA’s around the world, the event promises to be an exciting one.

The opening session began on a somber note as the Conference observed a moment of silence for Scouts, who have contributed to World Scouting, through their service and dedication to the Movement and have recently passed on. Immediately following was the appointment of tellers and the voting of the rules of procedure of the 39th World Scout Conference after which the event was under way.

Some notable highlights to be mentioned was the welcoming of new NSOs who have been admitted into the World Organization of the Scout Movement (WOSM) during the interim period between the 38th World Scout Conference and the current 39th Conference. The Belarusian Republic Scout Association, accepted into WOSM on September 5th 2010, is the most recent addition and as such they received their official certificate of membership to WOSM during the opening session.

During the opening session there were also 47 NSOs /NSAs who recently celebrated 100 years of Scouting. They were presented with a certificate recognizing this momentous achievement; one anecdote is that although Belarus was recently accepted into WOSM Scouting has been present in Belarus for over 100 years since 1909 making them also eligible for the centenary certificate.

We encourage you to keep visiting Scout.org for the most up-to-date news on the Conference. 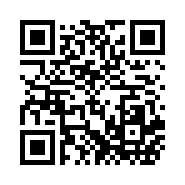