First Board meeting of the Suncheon Scout Centre held

In the presence of the Regional Scout Committee member Mr Prakorb Mukura, who is representing the Committee at the Board for the next three years, and chaired by Korea Scout Association International Commissioner Mr Simon Hang-Bock Rhee, the first Board meeting of the Suncheon Asia-Pacific Region Scout Centre was held at the city hall on 5th September 2009.

The Board meeting, among other things, reviewed the work of the centre for the last eight months including management, process and method of recruiting volunteers, future programmes and ways to enhance the image of the centre as truly Asia-Pacific. It was attended by the Board members including Jeonnam Scout Council President and Vice-President of the, Suncheon City Government, representative of the Mayor of Suncheon city, members from Korea Scout Association and World Scout Bureau/Asia-Pacific Region Regional Director Abdullah Rasheed.

The Board members separately met the volunteers who were still at the centre to seek their opinion and feedback about their assignment at the Centre.

Sometime in December 2008, the memorandum of agreement for the three party collaboration was signed, between Suncheon City government, KSA, and the Asia-Pacific Regional Scout Committee to establish the centre and to offer activities and staff opportunities inside and outside the region. Since then, seven staff Scout volunteers from seven countries namely, Hong Kong, India, Malaysia, Maldives, Mongolia, Nepal and Philippines. Presently, two volunteers are completing their term. The next batch of volunteers will arrive in time for the next round of activities sometime in December.

The Centre will also be the venue of the next APR Scout Jamboree to be held August 2010 and several development facilities are planned before the Jamboree.

In view of the Jamboree, the next Board meeting is also planned early August 2010 just prior to the opening of the jamboree. 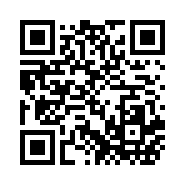