Zimbabwe Scouts celebrate their centenary in a park that B.P. once visited

Bulawayo, 12 August 2009 - Hundreds of Scouts from all parts of Zimbabwe gathered at Gordon Scout Park in Matobo, to celebrate the Centenary of Scouting in Zimbabwe. The Camp was officially opened by the Zimbabwe Minister of Education, sport and culture, Mr. David Coltatrt, who praised the movement for its role in the development of young people in Zimbabwe.

The minister was accompanied by Acting Chief Commissioner Mr. Ignatius Kajengo and camp commissioner Norman Scott. A Centenary Luncheon was also hosted for invited guests from a broad spectrum of the Zimbabwe community. The Scouts spent four days involved in various outdoor activities.

It is worth noting that the camp was held at Gordon Park, a Scout park that Lord Baden Powell visited in 1936 and described it as follows, “ in the midst of this wild country, with its baboons and leopards and its vision of past battles fought amidst these kopjes I was suddenly faced with a sign board, “ Gordon park, training ground for the Boy scouts Association, Here the wildest among many jungles I have seen different in many parts of the world and it was truly lovely training ground.” 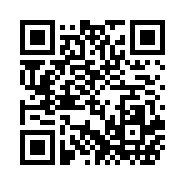