Every year the world celebrates World Environment Day on the 5th of June. This is an occasion for many around the world to demonstrate their commitment to preserving the environment. This year as is customary Scouts from around the globe stood up for the world and together echoed their long lasting commitment to their mission of “creating a better world” by participating in events or performing actions that raised awareness about the environment and climate change.

Scouts in Guyana took part in the Environmental Protection Agency's (EPA-Guyana) GREEN WALK on Sunday May 31st. The EPA organises this event every year as part of Guyana's World Environment Day celebration and to mark the beginning of Guyana's Environment Week (May 31st - June 6th). This is the first year, that Scouts Guyana have taken part in the Green Walk in such numbers.

In Brazil, Scouts from Grupo Escoteiro do Mar Artifices Nàuticos -Geman-64°/ RN in a joint effort with the Federal Institute of Rio Grande do Norte planted 100 saplings to commemorate the World Environment Day. In a statement, the director of the Scouts of the Institute says "Every Scout should take care of the planet, its animals and plants. The environment is our home."

ASDE-Scouts de España and Adif, the Administrator of Railway Infrastructures in Spain, developed the 6th June, on the occasion of the the World Environment Day, awareness activities aimed at more than 2.000 children in 19 railway stations across Spain.
The goal was to provide information, awareness and training in environmental matters, giving a special emphasis on issues such as waste recycling, climate change, environmental impact and pollution. Hundred of Scouts, children and young people joined this initiative that was guided by Scouts monitors. They organised a series of activities including games, workshops, Gymkhanas, dances and songs.
These activities were developed under the partnership agreement signed by the presidents of Adif, Antonio González Marín, and the President of ASDE-Scouts de España, Julio del Valle de Íscar. This agreement searches, on the occasion of the World Environment Day, the citizens and station users rising of awareness about the impact of human activities on the Environment.
The stations at which these actions took place were Alicante, Badajoz, Barcelona-Sants, Caceres, Cartagena, Castellon, Ciudad Real, Cordova, Ferrol, Logrono, Madrid-Puerta de Atocha, María Zambrano, Malaga, Oviedo, Santander, Seville Santa Justa, Toledo, Valencia Norte, Campo Grande, Valladolid and Zaragoza-Delicias.

A Scout group from Matagalpa, in Nicaragua, was part of the local World Environment Day celebrations, promoted by the city hall and the department of environment and natural resources in Matagalpa. There where expositions from other institutions, NGOs, schools and universities, cultural presentations, an environment parade and finally a contest with all the projects from the exposition. Members from Scout Group 38 San Luis participated with an exposition of the environmental projects and activities they have developed during this year.

In the Seychelles Scouts and Cubs engaged in tree planting of various sorts fruits, flowers and even plants with medicinal properties. The Scouts also performed clean up activities at the Old Peoples Home at Union Vale where they amongst other tasks trimmed and planted trees for the Home. The Scouts will now take up their next project to adopt a local marsh.

750 Cubs, Scouts and Guides in Sri Lanka, together with their parents, School teachers and government officials participated in an 2 ½ km environment walk from Palleke town to a school in Koswetiya. They carried boards and banners sending forth messages to people about the environment and global warming. The Chief Commissioner, International Commissioner, ACC Development, Additional Government Agent of Embilipitiya, OIC Godakawela Police Station, Range Forest Officer Embilipitiya, Deputy Director Central Environmental Authority, Range Warden Udawalawa National Park, attended as guests for the programme. During the event there were two lectures about the Protecting the Environment and reduce the Global Warming with the video presentation. 500 different varieties of plants were distributed among the students. The programme was supported by Environmental Ministry, Central Environmental Authority and the Forest Department.

In Bangladesh the Samatat Open Scout Group organised their first “Environment Day Camp” The date of the camp was of significant value as it coincided with the “World Environment Day”. The main theme of the camp was “BE GREEN”. Scouts from Cubs, Scouts and Rovers from the Samatat Open Group took part in the camp. The Scouts took part in various activities such as tree plantating, cleaning and nature study. The main goal of the camp was to raise the Scouts awareness about environmental pollution. A special recycle badge was made for the camp, the badge was also unique in the fact that it was created from recycled cloth.

In Nebraska a large contingent of local Boy Scouts participated in the World Environment Day activities by planting 500 indigenous trees native to Omaha thanks to a grant given to the Arbor Day Foundation by Bayer USA. This initiative was also part of UNEP's “Billion Tree Campaign”. "Because of the generous donation by Bayer USA Foundation, we are helping to create a healthier planet for the benefit of future generations," said Kevin Sander, director of corporate partnerships with the Arbor Day Foundation. "The trees planted thanks to Bayer's gift will positively impact Omaha for years to come by helping to clean the air and water, reduce soil erosion and adding beauty to the area for residents to enjoy." The Arbor Day Foundation teamed with local Boy Scout troops as part of the Centennial Celebration of the Boy Scouts of America.

To celebrate World Environment Day, the SMK Teloi Kanan is planned to plant 20 thousand mangroves from the 4 to 5 June 2009. Some 200 students, local fishermen and Scouts were involved.

In Gilgit June 5th was commemorated in a number of ways. Different events were organised with seminars involving government and non government officials, academics, students, boy Scouts and girl Guides and community members. Documentaries on climate change and its effects were shown to the participants to raise awareness of the current environmental issues. In the Hunza district speakers during walks, commemorating world environment day, stressed governmental and international agencies to help the local communities in combating climate change effects.
The Walks were organised under the Hunza Environmental Committee (HEC), a project of Karakoram Area Development organization (KADO) with the collaboration of Programme for Mountain Area Conservancy, Karimabad Town Management Society and Gojal Rural Development Organisation and Nasirabad Social Welfare Organisation in Aliabad, Karimabad, Gulmit, Nasirabad and Sost. These walks were participated by hundreds of students, political representatives, representatives of members of civil society organisation, Boy Scouts, Girls Guides and Volunteers. HEC lodged a two-week special environmental awareness campaign through local cable channels in local languages in order to sensitise the local community regarding the contemporary environmental issues. Hundreds of Scouts, Girl Guides and Volunteers also participated in the Cleanliness moots and campaigns in all forty six villages in Hunza valley. During these moots they cleaned the streets, water channels, water tanks and markets.

MES Indian School, Doha-Qatar celebrated World Environment Day by involving Eco-Ambassadors, Green Ambassadors, Scouts and Guides under co-ordination of Shakil Ahmed Kakvi, Co-ordinator, Scientific and Environmental Affairs of the School. “Give a human face to environmental issues; empower people to become active agents of sustainable and equitable development; promote an understanding that communities are pivotal to changing attitudes towards environmental issues.” speaking on the occasion Kakvi stressed on WED theme of this year 'Your Planet Needs You-UNite to Combat Climate Change'. Scouts and Guides organised cycle rally on environmental awareness in which more than five hundred students took part with posters, play card and information brochure related to conservation of Water and Electricity. At the end of the program a campus cleaning program was organised.

In Mexico Scouts participated in different activities celebrating the World Environment Day. Amongst official events co-ordinated by the federal and state governments across the country. Scouts also participated in the inauguration of the reforestation campaign. The campaign plans to undertake the planting of trees during the months of June, July, August and September. This activity took place simultaneously all over Mexico thus giving it an even greater impact. Amidst all these events the Scouts also held their 3rd Environmental Workshop training and their 2nd national meeting of the Environmental Scout Network. The results of this campaign will be considered by national and local governments for inclusion in the National Strategy of Environmental Education for Sustainability in terms of Climate change.

Scouts celebrated in the Singapore Botanic Gardens with a Green Generation Concert in line with World Environment Day. Guest of honour was world renown primatologist, Dr. Jane Goodall. Scouts shared a pot-luck pinic with friends and enjoyed a fun evening of performances and celebrations. A 2nd Scouts of the World Award voluntary service project team met at the Underwater World Singapore (UWS) for a special pre-event for turtle introductions by Prof Diong who is a leading sea turtle expert in Singapore plus the staff of UWS.

About ten Scout Groups in Durban, South Africa celebrated World Environment Week in a specail way, when about 80 cubs visited the Durban Botanic Gardens and undertook a night trail. The next Friday 12 June about 90 Scouts had a special sleep over in the Botanic Gardens with the local astronomical society making their telescopes available for viewing. There was another night trail and early in the morning the Scouts woke early to view the birds rising over the lake.

The world needs to be aware of the impact we have on our planet. By participating in these events Scouts around the world show their willingness and determination to help tackle the environmental issues that plague our planet whether it be Global, shown by partnering with big players in the environmental field such as UNEP (for more information click here ) UNEP have provided support to WOSM with a grant of $US100,000 that is being used to plant more than 65,000 trees spread across 10 National Scout Organisations to celebrate World Environment Day.

Scouts will plant and continue to nurture these trees so that they can have an ongoing benefit for the environment. Participating countries include Mexico, the Philippines, Malaysia, Australia, India, Brazil, Hungary, Ethiopia, South Africa and Lebanon. Scouts are encouraged to mark the 5th of June 2010 in preparation for next years World Environment Day celebrations. 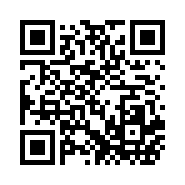