NAIROBI, 9 July 2009 - The Scout fraternity today woke up to the saddest news of the passing of the former Regional Director for the World Scout Bureau, Africa Regional Office. Maj. (Rtd) Kinuthia Murugu passed away at 3.35 am [GMT +3] at Nairobi Hospital. This untimely and shocking demise is the result of an armed carjacking incident that occurred on 19 June 2009.

Murugu diligently served as the Regional Director for Africa for the World Scout Bureau from 2001 to 2006. At the time of his (death), he was Permanent Secretary in the Ministry of Youth and Sports, in the Government of Kenya. News of his passing comes as a shock to many who knew him. In a message to his friends, relatives and family Vice President Kalonzo Musyoka says that:

“Mr. Kinuthia had performed exemplarily well as Permanent Secretary in the Ministry of State for Youth Affairs and lately the Ministry of Youth and Sports. The country has lost a dedicated Public Servant.”The Vice President said he had worked with the late Permanent Secretary for many years in the Scout movement and knew him as a hardworking and focused young leader, who inspired the youth with his leadership qualities and mobilization skills.

As Regional Director, he was instrumental in craftingthe landmark blueprint ''Ten Year Development Plan for Africa.'' In line with this plan, he set out to transform Africa into a Scout Region with self-sustaining National Scout Organizations able to contribute to the education of young people and the betterment of African society. In addition, he developed the Jacobs Leadership Project that aimed to equip Scouts with leadership skills. In the area of partnerships, his tenure saw an improvement in the collaboration with other Regions, NSOs and development partners. Projects with the Danish and Norwegian development agencies (DANIDA and NORAD) are a testimony to this observation.

Maj. (Rtd) Murugu had a long and varied engagement with youth organizations and was a major advocate for youth issues in his home country of Kenya. He started Scouting at the Starehe Boys Centre going on to achieve the highest badge for a young person, the Lion Scout Badge, in 1979. He then went on to become a Troop Leader and later a Rover Crew Leader at the University of Nairobi where he graduated with a Degree in Business Administration. Murugu had a strong personal experience and commitment in the development of young people. He also served in a voluntary capacity as an Executive Committee member of the President's Award Scheme, of which he was also a Gold Award holder.

His passing was received with great consternation by many with whom he served the Scout Movement. All in World Scouting grieve his loss and send their condoleances to his family and friends.

May his soul rest in eternal peace. 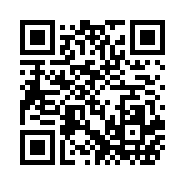