The first day of July marks the most important day for Scouts in Thailand as Scouting in this country turns 98 this year.

In a jovial mood, Scout members, both young and adults, renewed their Scout Promise and Law out loud, showing their commitment to the principles and values of Scouting.

The guest of honour of the occasion was His Royal Highness Crown Prince Maha Vajiralongkorn. In his remarks, the Crown Prince expressed on behalf of His Majesty King Bhumibol Adulyadej, that he was there to hear the progress of Thai Scouting. He said the effect of Scouting goes farther that it does not only affect Thailand but the region and the world as well. Seeing the the opportunity in Scouting to get involved in worthwhile activities, the Crown Prince encouraged the young Scouts to maximize the learning they can get from it for these learnings will develop their character to become responsible and productive citizens of the nation.

In his address, The Minister of Education Mr Jurin Laksanwisit, who was also with The Minister of Environment, said Scouting promotes understanding of different culture and background among Scouts that lead them to live together happily and peacefully.

One unique scene in this celebration was to see every Scout, both young and old, with their Baden Powell hat and in their traditional shorts, high brown stockings and green garter taps and neatly polished brown shoes.

Since Scouting began in Thailand by King Rama VI, a full Scout troop carrying a traditional Scout staff with their patrol flag, from the 76 province across Thailand, march every year in perfect rhythm with Scout bands who playing. NSOT Secretary General Mr Boonrat Wongyai addressed the crowd of over 3,000 Scouts, together with many other dignitaries. 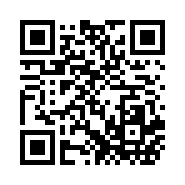