The 2nd Africa Scout Summit leaves hope in its wake

NAIROBI – The 2nd Africa Scout Summit ended in the evening of 20th April 2009, during a convivial and colourful closing ceremony. 119 people attended the meeting and all African NSOs (National Scout Organizations) but one were represented.

The Summit ⎯ which was deemed successful by participants ⎯ could possibly go down in the history of Scouting in Africa as a landmark event. Apart from African delegates, participants, guests, partners and WOSM's officials came from different parts of the world.

At the end of the event ⎯ through their final statement ⎯ delegates declared “We reaffirm our commitment to serving the needs of young people in Africa and to provide better Scouting for them.”

High on the agenda were, among other items:

• Evaluation of the Ten Year Plan for Scouting in Africa, which was adopted in Gabon in 2001;
• Deliberations on the remaining tasks and future challenges of the final two years of the plan;
• A report on the achievements made over the last seven years in the areas of Adult Resources, Youth Programme, Management, Resource Mobilization, Growth, and Scouting profile and;
• Identification of critical needs in National Scout Organizations (NSOs).

Finally, the Summit participants expressed their gratitude to all partners and supporters of Scouting in the Africa Region, and in particular to Mr. Eric Frank for making it possible to hold the 2nd Africa Scout Summit 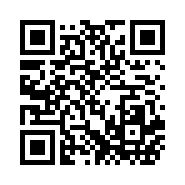