In a simple investiture ceremony at the Boy Scouts of the Philippines (BSP) national office in Manila on 14th September 2010, Department of Education Secretary Armin Luistro was invested by BSP National President and Vice-President of the Republic of the Philippines Hon. Jejomar C. Binay as a mandated member of the National Executive Board, signifying his recommitment to Scouting.

In his remarks, Secretary Luistro said going to BSP office was like coming home to him. He said that he still remembers shining his buckle as a young Scout and admitted that the values of maintaining his room clean, washing the dishes, cleaning the garbage and planting trees are still very much part of him today. He sees helping others as one of the great things in being a Scout.

After the Vice-President donned the neckerchief to Secretary Luistro, he took his Oath of Office and recited the Scout Oath and Law. Present at the ceremony were the National Executive Board members and Regional Director Abdullah Rasheed.

This is the first time after many years that an Education Secretary took oath as a mandated member of BSP. 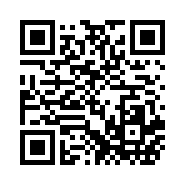