On International Day of Peace ten million Scouts around the world are helping to create more peaceful communities. The Gifts for Peace project, launched in 2007 as part of the centenary celebrations, highlighted the significant contributions that Scouts are making in relation to peace building. These projects made a difference and the work continues.

It is very symbolic that today on 21 September, International Peace Day, under the patronage of His Majesty King Abdullah bin Abdulaziz of Saudi Arabia, key leaders from these associations, with key leaders from World Scouting and the World Scout Foundation, are meeting at the Centre for National Dialogue in Saudi Arabia to discuss how Scouting can play an even greater role in peace building around the world.
Scouting does make a difference. Scouting contributes to creating a better, more peaceful world and we know that we can do more – watch this space and read on!

In Saudi Arabia Scouting is playing a key role in opening up the country to people of other nationalities and helping to change the image of Saudi Arabia in the wider world. To achieve this Scouting is working with the Centre for National Dialogue, which is an initiative of King Abdullah, who is convinced that Scouting has a key role to play in making the world a more peaceful place for everyone.

In the Great Lakes Region of Africa, thousands of young people have been trained as peace mediators. These young people identify and respond to conflict situations that may occur between friends, within families and in the wider communities. In countries where there has been a history of violent, tribal conflict, these actions help to reduce tension as people are encouraged to find peaceful solutions rather than resort to violence.

In El Salvador Scouting has changed the lives of many young people over the last 5-10 years. Young people who were in gangs have turned their back on violence, creating friendship groups and finding a new way to relate to their peers. Girls that were recruited into the sex trade have been helped to find new employment and regain their self-confidence and self-esteem and children who are working have been given the opportunity to regain their childhood. A big contribution from a small Scout Association.

In South Africa, there has been a two-pronged response to the challenge of HIV/AIDS. Through Scouting young people develop self-confidence and self-esteem and are helped to say ‘NO’ to anything that they are uncomfortable with, including enticement to have sex at an early age.
Scouts in South Africa also work with AIDS orphans, helping them to re-build their lives so that they have a brighter, more positive future.

In the United States of America, 52,000 community service projects take place each year. Young people go out and work in their communities to make them a better place. Scouts are also trained in disaster preparedness so that they can help their families and other members of their communities to respond when natural disasters happen. A great contribution to nation building which is recognised at the highest levels in the country.

In Sweden over many years there has been a programme called ‘Open to All’ in which Scouting and Guiding in Sweden are working to integrate young people from ethnic, cultural religious and social minorities into Swedish life, making everyone feel welcome, respected and accepted. Games and activities have been introduced to the programme so that leaders and young people can work to combat racism and discrimination. This learning will be very important when Sweden welcomes 30,000 Scouts and Guides from around the world to the next World Scout Jamboree in July 2011. 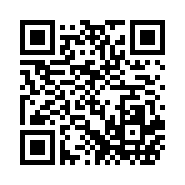