Ticket to Life (TTL), a flagship project of the Asia-Pacific Region, has drawn huge media attention in Gorakhpur City, in Uttar Pradesh in India during the visit of Asia-Pacific (AP) Scout Leaders to four Scout troops based in Maharjgunj district. The project involves over 100 children who are in difficult circumstances, who for three years now, have been enjoying Scouting activities. Maharjgunj is a very remote district, about seven kilometers away from Nepal border. It was the first time for Scout leaders from the AP region to set foot on the district.

Around two dozen media people from nine TV channels and seven newspapers covered the visit where the children showed their cooperation and enthusiastically displayed their newfound skills. Regional Director Abdullah Rasheed was visiting the project site together with Joint Director of BSG Mr Rakesh Sharma and APR Director Mr Thian Hiong-Boon. TTL Coordinator Harish Srivasta who supervises the troop explained how the project is positively affecting the children and how their learnings are being translated in practical ways.

Scout troops in Maharjgunj District are scattered in three schools with 96 young girls and boys. A fourth troop at Junior High School in Sikarpur will be included shortly, making a total of over 120 children. TTL project also runs five other troops in Orissa State where there are 160 children.

Apart from holding regular troop meetings where children learn Scout skills, they are also taught vocational skills during special camps like stitching and flower base-making skills. At a local market, the children sell their flower vases made from recycled materials.

Involvement of schools and the community in the Ticket to Life project was evident in this district. At the S.P. Girls Inter College, school principal Janardan Prasad Gupta made elaborate arrangements to welcome the visitors. Again, there was an overwhelming welcome from Scout leaders of the North Eastern Railway led by Chief Commissioner Rakesh Triparthi who expressed his gratitude for choosing their district to run the TTL project for their most underprivileged children. Regional Director Abdullah Rasheed talked about the operation of TTL project in 8 countries where the number of children being served is increasing, and thanked Scout volunteers and the community for their dedication to the project. 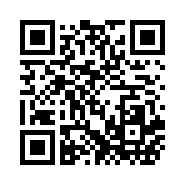