A team from Bookbridge met with Angela Merkel, Chancellor of Germany, on 23rd April 2010 in Berlin as part of the social project competition called 「startsocial,」 a yearly competition hosted by McKinsey and the Chancellor『s office. For the huge progress since its pilot project in Mongolia, Bookbridge and its co-operation partners including Scouts, the German Chancellor honoured this co-operation with the startsocial-award on the 23rd April which was also celebrating 「World Book Day.」

On that same day, more than 45 thousand books were dispatched to Mongolia in three containers marking a successful Open Bridge Function held at Fresconian International school (FIS) in Erlangan, Germany, where Mongolia's Ambassador to Germany, together with World Organization of the Scout Movement, Asia-Pacific Region Regional Director Abdullah Rasheed, jointly presented the certificate of recognition to those partners who helped in sorting the 45,000 books to Mongolia. The event also had a display of Mongolia's cultural music, dances and Ger, a temporary dwelling in Mongolia.

These books will partly be assigned to the first educational centre in Mongolia while the rest will be used to start the two other centres in the country which will be operating before the year ends.

Bookbridge is a registered nonprofit organisation under German law with headquarters in Regensburg, Germany consisting of many Scouts and volunteers around the world who strive for a worldwide balanced access to education for children, regardless of religious, ethnical or geographic origin by providing access to books and quality education. During the 「World Book Day」 celebration, Bookbridge was formally inaugurated as a Foundation having WOSM as one of its co-founders. 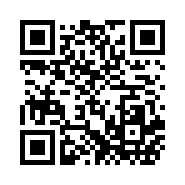