Twenty year old Simon Maddrell was one in a group of 14 Venture Scouts who travelled from the United Kingdom to Kenya as volunteers. Their mission was to build sand dams and water tanks to collect run-off water from domestic roofs.

During the planning stages of their work, Simon was introduced to Joshua, a Kenyan agriculturalist who had pioneered a method of conserving water in drought-afflicted areas. Together with Joshua, they decided to raise £14,500 and build a dam, six barrages and 30 water tanks. In less than two years they actually raised £32,500 to build three dams, six barrages and 70 water tanks!

Simon's experience in Kenya led him to pursue a career in international development. However, he was unsuccessful in finding a job in this area of interest, which prompted him to begin a commercial career. But it was not long until he returned to his passion. With his redundancy money, he helped to fund a project to add tree-planting to the work Joshua had started. This led to the establishment of "Excellent Development", a charity that provides funding to community projects in Kenya. Simon and Joshua won the Environment Charity and Overall Winner in the Charity Awards 2008, a feat they attribute to seven years of hard work.

In that time, 「Excellent Development」 has helped dig 1,000 km of terracing, built 200 dams and planted over half a million trees. Simon says, 「Scouting provides a wonderful opportunity for young people to learn more about the environment and to get actively involved... Sustainable living is a daily battle in parts of the world where climate change is taking effect, and I think there is an opportunity for Scouts to experience being involved in projects to help combat these problems and learn about sustainable development.」 Simon Maddrell's vision is that soil and water conservation will be accepted as the primary method to combat poverty and climate change.

Read the full article (in English only) from the October/November 2009 edition of 「 Scouting Magazine」. 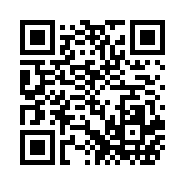