After a thorough screening on nine nominations received for the 4th APR Award for Outstanding Scouts, five names were selected for the final round of interview to be held at the beginning of the 23rd Asia-Pacific Regional Scout Conference come October this year in Kuala Lumpur, Malaysia.

The panel, comprised of three members from the APR Scouting Profile Sub-Committee and APR Programme Sub-Committee, met in Maldives during the regional workshop on PR and marketing held first week of August, and reviewed the nine nominations from the nine National Scout Organizations and based on the five basic criteria focusing on the candidates' major accomplishments in Scouting, key positions held in Scouting, academic performance and achievements, community involvement and major awards received.

These five finalists are now invited to the regional conference for a final interview with a panel of judges, where three will be declared the "Most Outstanding Scouts of the Region" and the other two as runners-up.

The APR Award for Outstanding Scouts started eight years ago during the regional conference in 2001 and since then it has become a significant part of the regional conference which aims to enhance the image and visibility of Scouting and to emphasize its effectiveness in the development of young people and has gained popularity among the countries. 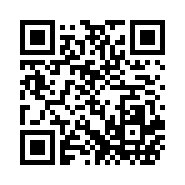