His Excellency the President, Abdul Hamid, took oath as the Chief Scout of Bangladesh on 30th July 2013 at a ceremony at Darbar Hall of Bangabhaban in Dhaka.

Mr. Md. Abul Kalam Azad administered the oath and adorned him with a national scarf. During the ceremony, 125 Scouts and 3 Rover Scouts were also presented the `President Scouts Award’ and President Rover Scout Award for the year 2011 and 2012. The highest Scouting award in Bangladesh in Scout and Rover Scout categories.

The President was happy to know that Bangladesh Scouts started some activities for acquiring IT skills. He asked the Scouts to increase their knowledge in IT and to step forward to become part of the country’s socio-economic advancement. The Bangladesh government always provides co-operation and assistance for development and expansion of the Scout activities. “This assistance will be extended further”, he assured.

H.E. Mr. Md. Abdul Hamid is the 20th president of Republic of Bangladesh. Bangladesh Scouts constitution provides that the President of the country is the Chief Scout. 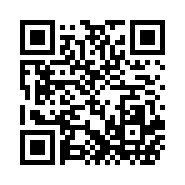