Scouts around the world are joining hands together this week to strengthen global forces against the number one cause of death for young people, road accidents. Annually, over 1.2 million people die on roads in a cause that can easily be tackled with joined up action. The Second UN Global Road Safety Week (every five years) is taking place from 6 to 12 May 2013. On 6 and 7 May, 30 Rover Scouts and leaders from 14 countries came together for a series of events at the United Nations premises in Geneva on the invitation of Scouting Ireland, Scouts of Greece and the Greek-Hellenic Road Safety Institute ‘Panos Mylonas’. The events were supported and hosted by the United Nations Economic Commission for Europe (UNECE). 2011 to 2020 is also the ‘Decade of Action for Road Safety’ promoted by the United Nations.

Every year millions of people die or are seriously injured in road crashes. In addition to personal tragedies and tremendous human suffering, road crashes are estimated to cost society some $500 billion a year. The vast majority of road traffic deaths and injuries occur in low-income and middle-income countries. Globally, road traffic crashes have become the leading cause of death for young people aged 15-29 years and hence the number one killer of Scouts around the world.

Scouting for Global Road Safety, a one-day workshop for Rover Scouts and leaders took place on 6 May. In the morning, participating Scouts learned about UNECE’s road safety activities and legal instruments administered by its Working Party 1. In the afternoon session, Scouts participated in an interactive lecture by Professor Claes Tingvall, a respected world authority in road safety from Sweden and the Director of Traffic Safety for the Swedish National Road Administration.

To make the event dynamic and particularly meaningful for the Scouts, Professor Tingvall challenged the Scouts to consider how the pedestrian related aspects of the Convention on Road Traffic of 1968 might be revitalised or updated in a modern context, with a focus on youth and young adults. The outcomes of discussions, debates and recommendations coming from the Rover Scouts will be further opened to other Scouts around the world, including at the World Scout Moot in Canada (August 2013), and submitted to the Working Party as inputs for their review process.

Prof. Tingvall was enthralled by the engagement of Scouts on the issue and said ‘I have heard so many great ideas (today). This is the first time in my work that I have seen so many young people caring for Road Safety and taking part in deliberations at such an important level.’ At the closing session, UNECE officials reiterated their commitment to work with World Scouting. Speaking on the ocassion, Jim Sharp, Global Director of Corporate Services for World Scouting said ‘Listening to everything that was said today, I am convinced more than ever before that Road safety is very much a key component of Child Protection in Scouting and fits well into our policy called Keeping Scouts Safe From Harm. We have a huge potential in contributing to this good cause through education, awareness raising and contributing to decision making processes like the one our Rover Scouts started today.’ A Scout delegation has been invited to attend the 66th session of Working Party 1 scheduled for 23-25 September 2013, and to present the outcomes of deliberations from the workshop.

Scott Teare, the Secretary General of WOSM also visited the event to encourage Rover Scouts. John Lawlor (Sr), the Chief Executive Officer of Scouting Ireland and Vassiis Birtsas, the Deputy International Commissioner of Scouts of Greece and Vassiliki Danelli-Mylona from the Greek Hellenic Road Safety Institute were the key persons behind the engagement of Scouting in the issue at international level. Vassiliki in particular has been a leading inspiration having dedicated her life to the cause of road safety after losing her 22-year-old son, Panos Mylonas in a tragic car accident for no fault of his. On the occasion she said, ‘Scouting is the largest youth organization on the globe with a history of 106 Years, and continuously growing - with an immense power in changing the society - promoting what is best in human behaviour for good citizenship and leadership. It is important and timely that scouting should take a stand to help safeguard road safety.’

On 7 May, Scouts merged with top decision makers in Road Traffic Safety to commemorate the ‘International Level Crossing Awareness Day’. World Scouting’s flagship initiative Messengers of Peace, which has been promoting Global Road Safety Week on its online platforms and to its Network of Scouts around the world, was represented on both days through exhibits and talks.

Participating Scouts also enjoyed several social moments during and after the sessions in the UN. Over lunch time, Scouts were invited to join a poster signing activity alongside other high level delegates from the Global Road Safety Week in the UN to commit 'We do not drink and drive'. In smaller group discussions during the sessions, Scouts engaged in activities and games to bring the 'Learning by Doing' approach from the Scout Method to road safety awareness and education.

A pre-event briefing meeting, and visits to the World Scout Bureau and the United Nations was organised for Rover Scouts coming from outside of Geneva on 5 May. Evening programmes included a campfire and dinner on 6 May hosted by Scouting Ireland at the campsite where Rover Scouts were based over these days - Les Perouses Scouts Centre (Satigny) of Geneva Scouts Association (l'Association du Scoutisme Genevois) - located amidst picturesque vineyards and Rhone riviera overlooking the Swiss mountains on the outskirts of Geneva. Several Rover Scouts from l'Association du Scoutisme Genevois participated in the various events making the best of an opportunity to represent Scouting at the UN premises in Geneva.

Although in the past, various Scout associations across the globe have been working on road safety in partnership with their national or local road safety organisations, World Scouting’s engagement with this subject at the global level and association with UNECE began recently at the 22nd World Scout Jamboree in Sweden (2011). UNECE pioneered road safety activities in the UN system 60 years ago and to this day – the Working Party on Road Traffic Safety – continues to be the only permanent body in the UN system that focuses on improving road safety. In addition, UNECE has been actively involved in the regional and global implementation of the ‘Decade of Action for Road Safety, 2011-2020’. In the context of the Decade, UNECE has made plans for a series of road safety activities to educate, raise awareness, induce action and create dynamic and effective responses.

UNECE has recently partnered – largely to achieve synergies - with various organizations to enhance road safety and to promote constructive action during the Decade of Action for Road Safety. Based on the work done by the Irish and Greek Scouts in advocating road safety to their Scouts, and based on their joint workshop at the Global Development Village and a special event (Joining Hands) on road safety at the 22nd World Scout Jamboree in Sweden in 2011, a UN General Assembly Resolution in 2012 has commended the efforts of WOSM - ‘United Nations General Assembly Resolution on Improving global road safety (A/66/260) - (23 May 2012)’. The Resolution on improving road safety commends some recent road safety advocacy campaigns of UNECE, including the World Organization of the Scout Movement (WOSM), the Hellenic Road Safety Institute “Panos Mylonas”, Scouting Ireland and Scouts of Greece. UNECE strongly believes that there is value for both UNECE and WOSM – as well as to the cause of road safety - to continue working together in the area of road safety. 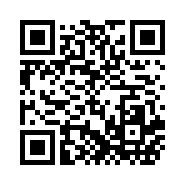