The World Organization of the Scout Movement (WOSM) welcomes South Sudan as its latest member. The membership became official on 1 May 2013. The National Scout Organization, South Sudan Scout Association will be ceremonially welcomed at the 40th World Scout Conference in Slovenia (2014). World Scouting is one of the first global youth organisations to accept the full memebrship of South Sudan

Scouting was active since the 50s as part of Sudanese Scouting. After independence of South Sudan, 7 groups out of 10 states met and held elections of a constitutive Board to establish the new National Scout Organization recognised by the national authorities and submit an application to become a member of WOSM. In accordance with the requirements of the Constitution of WOSM, the World Scout Committee considered this application at its meeting on 28 September–1 October 2012, and recommended that it be accepted following due constitutional procedures.

South Sudan Scout Association today:
• About 2,000 members and covers all the 10 states of the country.
• Good experience on community services like polio eradication campaign; sensitization against river blindness; burying the dead and healing the wounded during the war; tree planting and canal building, going to hospitals, cleaning campaigns, leprosy elimination, first aid, etc.
• The Association has been working on its policies and strategic plan – drafts of its Youth Policy (including child protection), the Association Strategic plan and programmes are under development.
• Strong support by Government and local authorities, community reliance on Scouting, families seem very proud to be parents of Scouts.
• Leadership and management teams comprised of people of high calibre, an excellent approach regarding youth participation, gender balance as well as religious, languages and ethnic origins.
• Already a partnership with neighbours’ NSOs (Uganda, Kenya and Sudan) to get more exposure and is planning to attend wood badge training there
• The South Sudan Scout Association has relatively decent headquarters and a number of properties.

In becoming a Member of WOSM, South Sudan Scout Association has become, as it desired, a member of the Africa Scout Region and will also be supported by the Arab Scout Region due the linguistic reality of the country. The Association operates in English and Arabic (7/10 states are Arabic speaking but English is the official language of the country). 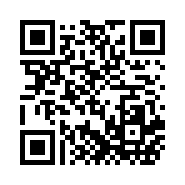