To address the increasing number of internally displaced persons or IDPs in the provinces of Balochistan and Sindh, Unicef Balochistan in collaboration with local government, and Balochistan Scouts established a temporary learning center to engage school children in educational activities.

IDPs are coming from seven nearby districts. Presently, there are 410 people camped at Headquarters Balochistan Boy Scouts Association in Quetta comprised of 83 families. Out of this figure, 150 children are studying at the learning center which are divided into two groups.

This child-friendly space at the relief camp was set up by Scouts which Unicef Quetta provided the students with books, notebooks, color pencils, school bags, rubber, sharpeners, among others.

Children usually draw and taught about basic English and Math. When visited, students were reading books in their full loud voice. In one of the corners, 9-year old Farzana was found drawing different pictures and she explained that she was a student of 2nd class in Rojhan Jamali and she loves drawing. She admitted that she was having fear with water now and praying for an early return to her home. Abdul Qadir Ali, 8-year old student, was found wounded on his right hand and Scouts immediately administered first-aid on him. When asked what happened to his arm, he said that he was wounded when water entered their home and he accidentally touched the electric shoe.

Generally, children are happy doing the activities and excited that they will soon be allowed to play games outside and to go home and celebrate Eid Festival at their respective villages. 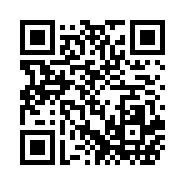