This surge, following a fifth consecutive year of growth in UK Scouting, has helped secure Scouting』s position as the largest co-educational youth Movement in the country.

A large part of this growth phenomenon is due to the fact that there are record numbers of teenagers joining. According to UK Scouting, this is the fastest growing age group with which has seen a 5.4% increase on 2009. This means that there are now 66』299 teenagers in UK Scouting, which is over 26% more than the 52』481 when they began keeping detailed records in 2001.

Grace,16 says: 「Scouting』s awesome. I totally love being involved. I mean - you get to do so many amazing activities that you just wouldn』t get to do elsewhere. It』s great! I joined a couple of years ago because my friends told me I should. I』d definitely encourage others to join.」

While there is also a rise in youth joining Scouting, there is also an increase in adults joining the Movement. Adults get just as much out of Scouting as young people, not only through enjoying the same activities, but also by developing skills that can be transferred into other areas of their lives. The UK Scout Association has seen a rise in adult Leaders with increases up from 2.7% in 2009 (2』505) to 3.1% (2』871) in 2010.

Chief Scout Bear Grylls says: 「It』s fantastic to witness such a huge surge in Scouting - the biggest growth for thirty eight years - and it is proof that Scouting is appealing more and more to teenagers. Scouting is empowering, wild and fun, and offers so many adventure-based activities for young people and adults alike. My goal is for every young person that wants to be involved in Scouting to be able to be. So I hope to inspire even more adults to volunteer and help this happen.」

The areas in the UK recording the fastest growth in new members are Snowdonia, Anglesey, Brecknock and Oxfordshire. 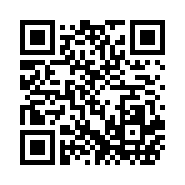