Clean Up the World and the World Organization of the Scout Movement (WOSM) are celebrating the second year of their Ally relationship in 2009 by working together under the banner of 「Communities uniting to Combat Climate Change」.

Clean Up the World and WOSM are proof in point that partnerships such as their Ally Relationship can bring about tangible improvements in the environment, create opportunities to connect with others and have fun in the process. As each of the organisations works in partnership with the United Nations Environment Programme, their individual missions are strengthened through this Alliance.

Ian Kiernan AO, Chairman and founder of Clean Up the World praised the Scout Movement for their contribution to the environment by stating; 「As our political leaders prepare to come together in Copenhagen to focus on solutions for Climate Change – we can draw inspiration from the efforts of young people such as the Scouts. Through their participation in Clean Up the World, Scouts are demonstrating the level of local leadership and responsibility in caring for the environment that we ask our political leaders to show globally.」

To date, 22 National Scout Organizations (NSO's) have registered to be part of Clean Up the World this year and supported a multitude of Scouts in their countries to take practical actions to improve the local environment through a variety of activities.

Scouts around the world showed their dedication to the environment through practical local actions undertaken as part of Clean Up World. In addition to the Scout centred activities, many Clean Up the World participants also reported involvement by Scouts in their activities.

Highlights of Scout centred activities include:

Environmental Scout Organization of Lebanon
The Environmental Scout Organisation of Lebanon registered their environmental program carried out at the Palm Island Nature reserve in Tripoli, for the Clean Up the World campaign in 2009. Titled the 「Let Me Breathe Campaign」, more than 100 scouts participated in a clean up conducted along the coastline of the island reserve, removing various glass, plastic and aluminium waste items from the reserve. After the clean up, the scouts were presented with a lecture on biodiversity and the particular importance of this reserve acting as a breeding ground for Sea Turtles – reinforcing the importance of the need to protect coastal reserves like this one.

The Scout Association of Zimbabwe
The Scout Association of Zimbabwe organised 「Clean Up Kwekwe」 – a series of waste removal activities held at a variety of locations throughout the city of Kweke from September 15 – 24, in support of Clean Up the World Weekend. The week long events were concluded on September 24th with the Mayor of Kweke lending his support for the campaign by meeting with Sout groups involved in the clean up activities.

Asociacion de Scouts de Bolivia
A tree planning activity at Reatmani in La Paz, was carried out by members of the Asociacion de Scouts de Bolivia from September 18 -19 in support of Clean up the World Weekend. Over the two day event, more than 300 Scouts from local groups in the Scout district of La Paz worked together to plant more than 3000 trees in the area which was affected by a landslide earlier this year.

Spreading news of the relationship and opportunities for participation to National Scout Organizations (NSO's) was facilitated by WOSM through communications on its website, via the distribution of information packs and postings on social networking sites. Special features included:

Clean Up the World supported WOSM by: 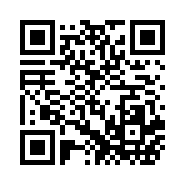